Most popular alcoholic beverage for women? Red wine. Fancy cocktails and white wine come in as a close second. Some argue alcohol is gender specific. Men are drawn towards the bitter bubbles beer provides, while women stick to lighter beverages lower on the calorie scale .

Whatever the reason may be, there’s mounting evidence that suggests women need to be putting down their glasses of wine and exchanging it for a nice cold pint.

Here are the most powerful health properties  beer provides  for women:

It lowers the risk of rheumatoid arthritis: Research suggests that the symptoms of the autoimmune disease characterized by joint inflammation, pain, swelling and potential deformity could diminish with moderate beer consumption 2-4 times a week.

The data to back up these findings comes from  two long term studies known as The Nurses’ Health Study (NHS) and NHSII.

These studies consisted of 231,131 women combined. They were evaluated for their association of alcohol consumption and rheumatoid arthritis.  The women were presented  with a  food frequency questionnaire every 4 years from 1980- 2008 and from 1989-2009. Rheumatoid arthritis rates were evaluated both by medical history reviews and connective tissue screening which would show signs of the disease.

The data was studied by Dr. Bing Lu, MD, and his team at the Division of Rheumatology, Immunology and Allergy at the Brigham and Women’s Hospital and Harvard Medical School in Boston. They found that indeed beer was correlated with lower risk of rheumatoid arthritis. Beer drinkers demonstrated a 31% lower risk of rheumatoid arthritis compared to non-drinkers. While all alcohol including red wine lowers your risk of arthritis, beer lowered the risk rate by approximately ten percent more, making beer the best choice of alcohol to reduce your risk of Rheumatoid Arthritis.

While researchers are still unsure of the exact reason, one theory suggests it has to do with beer’s ability to supress the immune system.  Rheumatoid arthritis is an autoimmune disease (or a disease of the immune system).  Therefore If your immune system is suppressed, so is your risk of Rheumatoid Arthritis.

Reduce your risk of osteoporosis:

We often hear that foods rich in calcium, vitamin Dand magnesium can prevent your risk of osteoporosis, a disease classified by bone brittleness due to a reduction in our bone tissue. But these vitamins aren’t the only way to maintain your bone mass.

During menopause women lose estrogen, an important hormone that protects against bone loss and leaves you at risk for osteoporosis but long term beer drinkers are protected.

Beer contains a plant known as hops. This small flower is used to create the bitter taste.

Hops contains phytoestrogens, a chemical that mimics estrogen and provides similar health benefits such as a reduced risk of osteoporosis. A study published by the journal Nutrition in 2009 backs up these results. 1,697 women were given a questionnaire looking into their health habits including type of alcohol consumption. An ultrasound bone density test was then taken to determine their bone density levels.

Women who drank beer  had higher bone density than both non-drinkers and wine drinkers, making beer the better choice to reduce your risk of osteoporosis.

Hops are high in polyphenols:

Hops also contains the powerful polyphenol xanthohumol. Xanthohumol has been used in traditional medicine for years as a way to treat sleeplessness and nervousness, yet more research is surfacing about its specific anti-cancer benefits which inhibit and protect against cancer cell growth.

Some research suggests Xanthohumol  protects against some types of  cancer including breast and ovarian cancers.

One way in which it does this is by protecting our DNA against degeneration, mutations and other cancer inducing changes in the body.While many studies have demonstrated how xanthohumol has protective properties  more research is needed to understand its true chemo preventative powers.

When it comes to beer consumption there is one thing that makes it identical to red wine.  Moderation is key.

On average, moderate consumption is considered no more than one alcoholic drink per day.  One serving of beer is equal to 12 ounces, while one glass of red wine would be 5 ounces.

The amount of alcohol as well as your age, specific family history, genes and environmental factors can change the benefits of beer.  If you’re taking medication, make sure your choice of drink won’t react negatively with alcohol.

OK women, enough of the serious chatter. Let’s take the edge off by cracking open a cool one. We’ll pour it in a wine glass to make ourselves feel sexier. 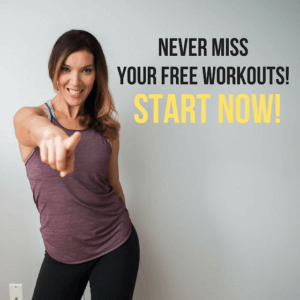